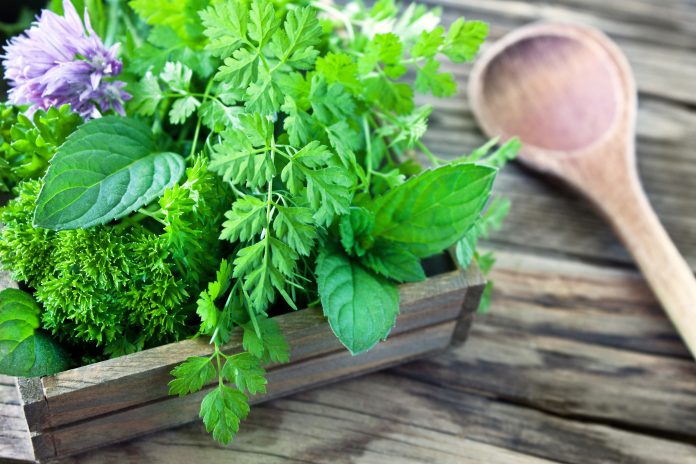 Interest in medicinal herbs is on the rise again and the interest is primarily in the pharmaceutical sector, which is always looking for ‘new drugs’ and more effective substances to treat diseases, for which there could be no or very few drugs available.

Considering the very long traditional use of herbal medications and the huge body of evidence of the efficacy, why is it that we aren’t generally encouraged to use traditional herbal medicine, rather than artificial, incomplete copies of herbs, known as drugs, considering the millions of dollars being spent searching for these apparently elusive substances?

Herbs are considered treasures in regards to ancient civilizations and herbalists, and lots of so-called weeds are worth their weight in gold. Dandelion, Comfrey, Digitalis (Foxglove), the Poppy, Milk Thistle, Stinging nettle, and lots of more, have well-researched and recognized medicinal qualities which have few if any rivals in the pharmaceutical sector. Many of them in fact, form the foundations of pharmaceutical drugs.

Research into the medicinal properties of these herbs as the humble Dandelion is presently being undertaken by scientists at the Royal Botanical Gardens, in Kew, west London, believe it might be the origin of a life-saving medication for cancer patients.

Early tests suggest that it might hold the key to warding off cancer, which kills tens of thousands of individuals each year.

Their work on the cancer-beating properties of the dandelion, which also includes a history of being used to treat warts, is part of a much larger project to examine the natural medicinal properties of dozens of British plants and flowers.

Unfortunately, as is so frequently the case, this group of scientists seems to be searching for active ingredients, which could afterwards be synthesized and then made into pharmaceutical drugs. This isn’t the way herbs are used traditionally and their functions inevitably change when the active ingredients are used in isolation. That’s like saying that the only significant part a vehicle is the engine – nothing else has to be included…

So, why is there this need for isolating the ‘active ingredients’? I can understand the need for the scientific process of establishing how a certain herb works on a specific disease, pathogen or what ever, and the necessity to understand why and how it does so. But, and this is a BIG however, I also understand the process of selecting and prescribing COMBINATIONS of herbs, which have a synergistic effect to treat not only the disease, but any underlying condition in addition to the individual with the disease – that’s a big difference rather than one that is easily analyzed using standard scientific methods.

Using anecdotal evidence, which after all has a history of thousands of years, seems to escape my esteemed colleagues all together. As opposed to attempting to isolate the active ingredient(s), why don’t you test these herbs, using the knowledge of professional herbalists, on patients in vivo, using the multitude of technology available to researchers and medical diagnosticians to determine why and how these herbs work at living, breathing patients, as opposed to in a test tube or on lab rats and mice (which, incidentally, aren’t humans and have another, although some what similar, physiology to us…).

I suspect, that one of the reasons for not following the above procedure is that the pharmaceutical companies aren’t really interested in the effects of the medicinal plants as a whole, but instead in whether they could isolate a curative substance that can then be manufactured cheaply and marketed as a new drug – and of course that is where the money is…

The trouble with this method is however, that medicinal plants such as Comfrey, Dandelion and other herbs usually contain hundreds if not thousands of chemical compounds that interact, yet many of which aren’t yet understood and can’t be manufactured. This is the reason the artificial drugs, based on so-called active ingredients, often don’t work or produce side effects.

Salicylic acid is the active ingredient in some tablets, and was first isolated from the bark of the White Willow tree. It’s a relatively simple compound to create synthetically, however, Aspirin is known for its ability to cause stomach discomfort and sometimes ulceration of the stomach wall.

The herbal extract from the bark of the White Willow tree generally does not cause stomach discomfort due to other, so called’non-active ingredients’ contained in the bark, which function to protect the lining of the gut thereby preventing ulceration of the stomach wall.

Ask yourself, which would I choose – Side effects, or no site effects? – It’s a really simple answer. Isn’t it? So why are herbal medications not used more commonly and why do we have pharmaceutical impostors stuffed down our throats? The solution is, that there is little if any cash in herbs for the pharmaceutical companies. They, the blossoms, have been invented, they grow readily, they multiply readily and for the most part, they are freely available.

Further more, properly prescribed and formulated herbal chemicals generally resolve the health problem of the patient over a time period, leaving no need to keep taking the groundwork – which means no repeat sales… no continuing prescriptions… no continuing issue.

Don’t get me wrong!

this isn’t to say that all medications are impostors or none of the pharmaceutical drugs cure diseases or maladies – they do and some are life-preserving preparations and are undoubtedly valuable. However, herbal extracts may be equally effective, but aren’t encouraged and are exceptionally under-utilized.

The daily news is filled with ‘discoveries’ of herbs found to be a potential cure of the that, as in the instance of Dandelion and its potential anti-cancer properties. The point is, that these herbs will need to be researched in the right way. They aren’t just’an active ingredient’. They largely have hundreds of components and carrying one or two in isolation isn’t what makes medicinal plants operate. Additionally, rarely are herbal extracts prescribed by herbalists as singles (a preparation which utilizes just 1 herb). Usually herbalists mix an assortment of medicinal plants to create a mix, which addresses more than just the significant symptoms.

In Chinese medicine such as there’s a strict order of hierarchy in any herbal medicine, which requires significant depth of knowledge and expertise on the doctors part. How the primary or principle herb contains active ingredients, which has a specific physiological effect, doesn’t mean the other herbs aren’t necessary in the preparation. This is true apparently ignored by the pharmaceutical industry in its need to manufacture new drugs that can control disease.