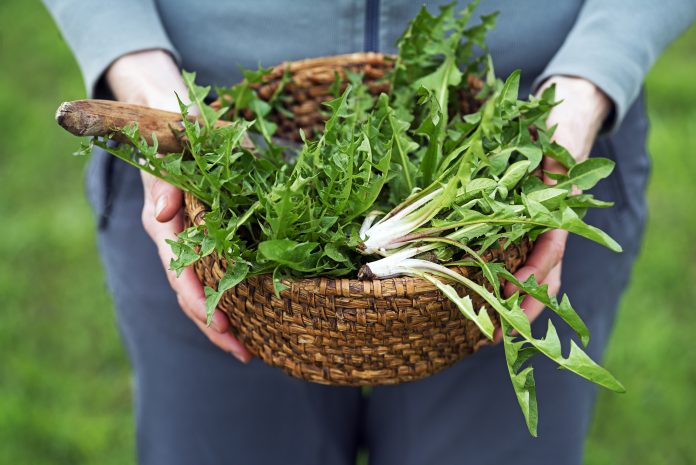 Dandelion tea’s potential as an acne remedy has been slowly gaining awareness and recognition among many sectors. There’s clearly been an upsurge in the prevalence of natural anti-acne remedies of late. Indeed, it may only be a matter of time before fascination in this dainty beverage’s potential acne fighting skills translates into more meaningful findings and results.

It has long been considered as simply an annoying and pesky weed that grows in lawns, gardens and in areas between brick walls. But it can be better to think twice before destroying and cutting them down.

Dandelion root is a natural detox agent for the kidneys and liver. This capacity may thus be useful in cleaning the blood and eliminating toxins & impurities. So the formerly anecdotal anti-acne properties of dandelion tea just might have some scientific basis after all.

Oftentimes the mere mention of the word causes many a teenager and adult to wince and cringe. For many people, this condition represents a lifelong burden, a heavy cross that has to be borne.

Acne can be an embarrassing, annoying, persistent and uncomfortable but altogether common skin condition that is marked by skin irregularities characterized by the existence of scaly reddish surface, blackheads and whiteheads, pinheads, pimples, nodules and even scarring.

Acne strikes mostly in skin areas with the densest population of sebaceous follicles. These are typically the face, the upper part of the chest, and the back. The surface cause of acne is clogged hair follicles and pores.

Acne affects almost everyone at some time in their lives. Conventional acne remedies are prevalent although these can be very costly and may not always fix the issue. As such, lots of folks are turning to natural acne treatments.

It is an acne remedy that might not be suitable for conditions caused by the psychological or genetic factors since these may require solutions that tap into those root causes.

However, dandelion tea may be helpful for acne that is brought on by hormonal or bacterial elements. This herbal tea is thought to fight acne by helping improving liver function. The liver is known to help wash the blood and eliminate toxins from the body. But when it’s not working as well as it should, the liver can help worsen acne as it can’t break down and clear the excess hormones in the body.

Furthermore, some research about the inulin content of the dandelion plant provides some hints on how it might help fight acne. Inulin, a naturally-occurring polysaccharide from the plant, is supposed to help fight bad bacteria in the intestines. The elimination of these bacteria in turn might help improve the quality of skin and clear acne out.

The leaves and roots of dandelion are thought to possess appreciable quantities of vitamins A, B, C, and D in addition to iron, potassium and zinc, all of which promote clear skin. Along with the aforementioned inulin, another active compounds in dandelion are taraxacin, taraxacoside, phenolic acids, sesquiterpene lactones, triterpenes, coumarins, and catortenoids. Some of them may have antioxidant abilities that further help in battling aggravating factors for acne.

Dandelion tea may be enjoyed either as a leaf extract or as a root decoction. To make the infusion, simply put 1 to 2 teaspoons of dried leaves into a mug of hot water and let it stand for approximately 5 to 7 minutes. For the decoction, put the dried roots into boiling water for around 10 minutes. Strain and drink.

While dandelions are usually considered safe, allergic reaction might be developed from coming in contact with it. Dandelion should be be avoided by people with known allergies to honey, chamomile, chrysanthemums, yarrow, feverfew, ragweed, sunflower or daisies. Dandelion can also cause increased stomach acid and heartburn in some people. It can also irritate the skin if applied topically. People with gallbladder issues and allergies should consult a healthcare provider before taking dandelion tea.

While the world has been steadily rediscovering the ancient medicinal wisdom behind dandelion tea, it must be said that health authorities in the USA and some countries haven’t authorized or approved using the herb for medical and therapeutic purposes.

So even as dandelion tea might not outrightly “cure” or conquer acne, its vaunted capacity to cleanse the circulatory system might at least help alleviate or prevent the outbreak of acne. Keeping the body clean is always a sound suggestion – and it’s likely to do this with natural substances such as dandelion tea.