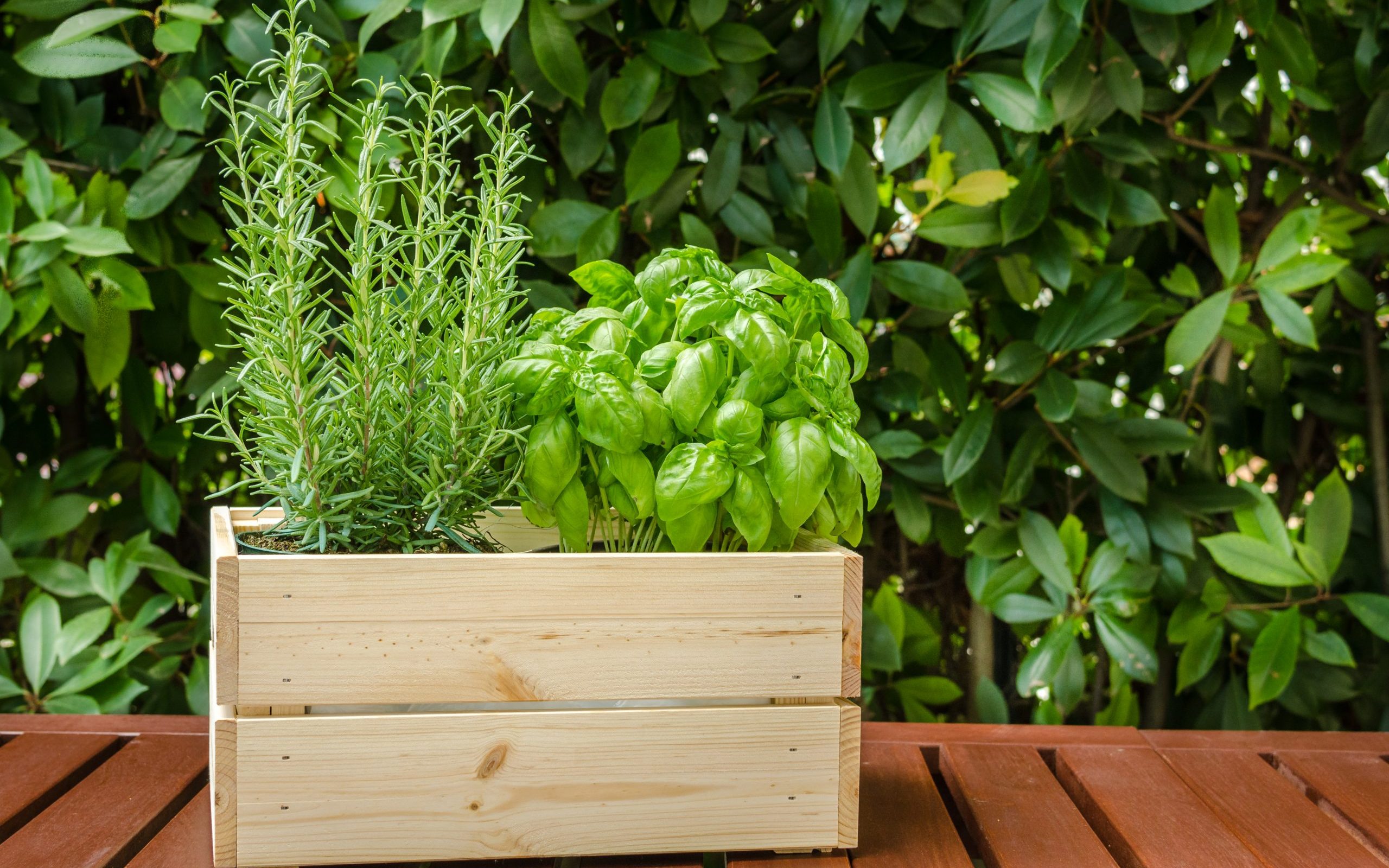 Don’t plant culinary herbs way out in the backyard. Plant a container herb garden right outside your kitchen door so that you may quickly run out and snip some while you are cooking dinner. If you set it in a decorative container, then you can feature it on your deck. Show your guests how to “scratch and sniff.” Most people are amazed and thrilled when shown how to rub the leaves of herbs between their fingers and then “sniff” them.

You may plant a culinary container herb garden just about any time during the growing season, that you can get the potted herbs.

Here’s a simple, fast “kitchen” herb garden it is possible to put together in a day.

Start with a 12 inch outside planter. It’s OK if it is a little bigger, such as 14 or 15 inches. Also get a 6 inch terra-cotta pot and sufficient regular potting soil to fill them both up. Don’t get the sort of potting soil with fertilizer or plant food inside; herbs prefer soil that is not overly rich.

Get the herb plants

Time to put it all together

Transplant the rosemary to the 6 inch terra-cotta pot. Place the whole pot directly into the middle of the ground from the 12 inch (or larger) container. Push it down so that only the fatter part near the peak of the pot is revealing. Planting the rosemary in its own pot makes it effortless to bring it inside for the winter. In addition, it uses the space in the middle of the larger container.

Plant the herbs close to the border of the huge container so the low-growing thyme and dispersing oregano can cascade over the sides.

Put the container herb garden in a sunny place with the skillet at the 12 o’clock position at the northern-most point. Koriander and chives are going to be on the east side, oregano and sage on the west and thyme on the southwest.

Before it stinks for the first time in fall, bring the potted rosemary to the house so that you can keep it in a south-facing window over the winter. Don’t over water but do not let it dry out either.

Except for the coriander, the remaining herbs in the container garden will keep growing outdoors even after a few light frosts. (Coriander is a tender annual which has a propensity to go to seed. It’s likely that it will be finished for the season long before the first fall frost.)

You can store the bigger container garden garden in an unheated garage, closet or basement, depending on the severity of your winters. Give it a little water through winter if the soil looks dry. There’s no guarantee that each the herbs will endure winter, but some may.

Place it back in sunlight when temperatures remain in the forties through the day, even though it gets chilly at night. Water well. If they lived, they will begin growing in just a couple weeks.

And if they did not, begin a new container herb garden. You currently have the container and the rosemary from this past year. And since herbs are rarely bothered by pests, it is OK to re-use the soil.