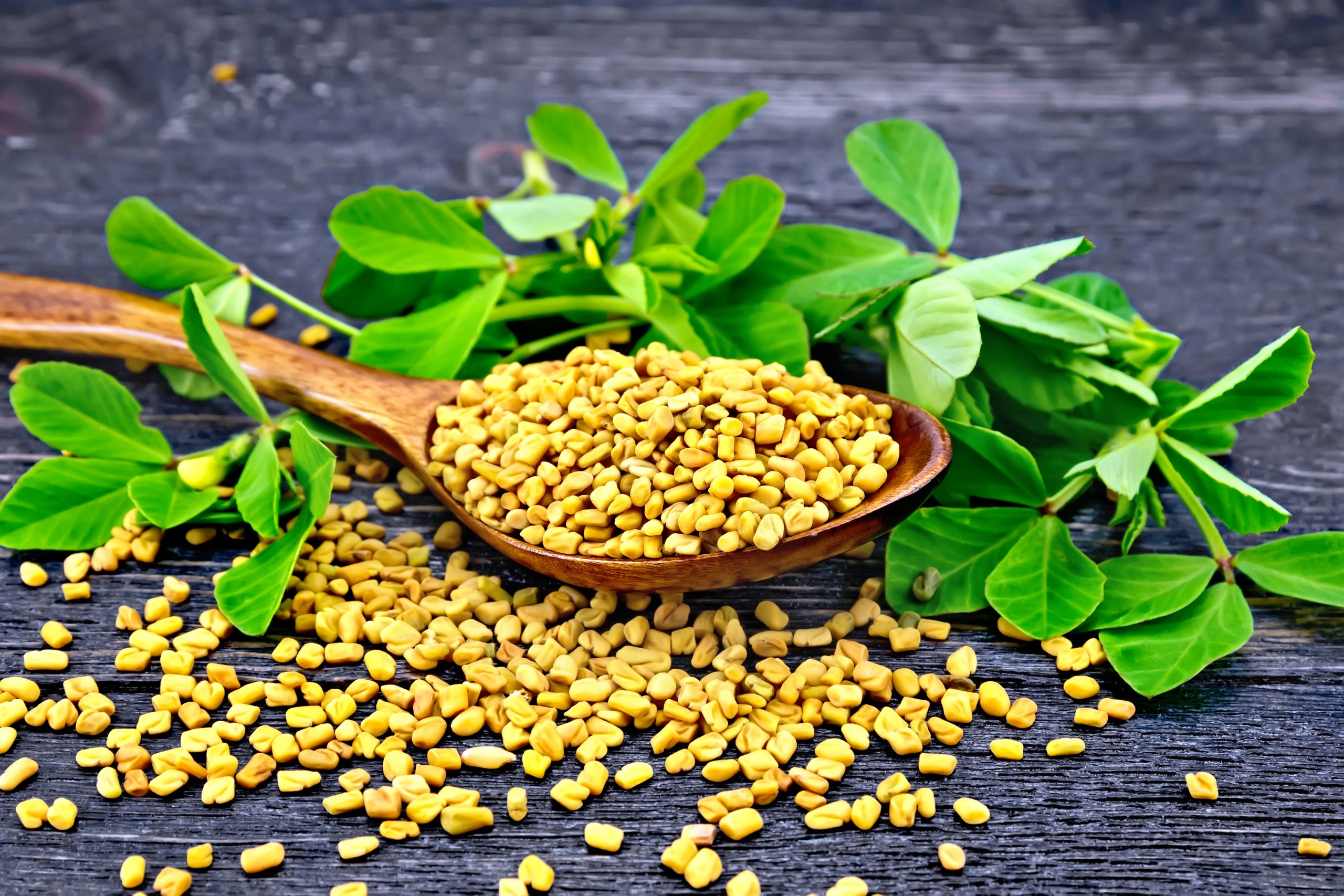 Although fenugreek seeds are used extensively in the recipes of nations in the Middle and Far East, from the West it isn’t as famous as many other spices. Does fenugreek impart a characteristic flavour and tang to food but it also has several very important disease preventing attributes.

In conventional medicine, fenugreek has been used to treat a range of ailments including diabetes, sore throats, and in poultices used to treat sores and abscesses. Recent investigations into the medicinal properties of the spice suggest It’s important not just as a preventative for chronic diseases like diabetes, but also for enhancing normal physiological processes, especially with regard to athletic performance.

As with most spices it includes many antioxidant and anti inflammatory compounds like apigenin, genistein, kaempferol, quercetin, rutin, selenium and superoxide-dismutase. Additionally, it contains compounds like trigonelline which has shown to stop the degeneration of nerve cells in neuro-degenerative diseases.

Fenugreek has a strong modulating effect on blood lipid levels and may substantially decrease the risk of atherosclerosis. In diabetics, who usually suffer lipid imbalances, it has shown a remarkable ability to reduce cholesterol, triglycerides and LDL levels while increasing HDL levels. Another property of fenugreek is the decrease of platelet aggregation that, in turn, dramatically lowers the risk of abnormal blood clotting related to heart attacks and strokes. Like many spices, fenugreek also contains many important antioxidants also contains the additional advantage of protecting other dietary and produced antioxidants from free-radical harm. This has significant cardioprotective benefits, in addition to helping to reinforce the body against a selection of other chronic conditions.

Additionally, it raises the levels of several essential antioxidants and lessens the harmful oxidation of lipids associated with diabetes.

Fenugreek is also effective against diabetes-related cataracts which occur commonly in diabetics. The enzymes which control glucose uptake into the lens of the eye don’t operate normally in diabetics and, because of this, glucose and its metabolites, fructose and sorbitol, accumulate in the lens cells. The lenses of diabetic patients are also prone damage by enzymes that would normally protect against harmful free radicals, and a combination of these factors leads to the slow opacification of the lens called a cataract. As fenugreek was shown to partially reverse either the metabolic changes in the lens and also to decrease the density of the cataract, it’s very likely to be even more effective as a prophylactic agent against cataract formation in diabetics.

Alzheimer’s and other neuro-degenerative ailments

Fenugreek comprises the chemical trigonellene which has shown to trigger the regeneration of brain cells. This property has stimulated further research to find out whether it helps in preventing diseases like Alzheimer’s and Parkinson’s diseases.

Among the greatest problems facing athletes who compete in endurance events is keeping a readily available source of energy within the body. So as to make this happen, muscle carbohydrate stores, in the shape of glycogen, has to be constantly replenished. In an event lasting over one-and-a-half hours, glycogen stores become depleted, and for the rest of the event the athlete needs to rely on outside sources of energy, such as high carbohydrate beverages, which are poor to glycogen as an energy source. Post occasion re-synthesis of glycogen is also very significant, and the 2 hours immediately after prolonged exercise is the vital time for this process to occur.

Fenugreek has been shown to have a powerful effect on glycogen replenishment; raising post-event re-synthesis by over 60 percent in some endurance athletes. While its effects on glycogen re-synthesis during an event have yet to be analyzed, fenugreek is very likely to exhibit a similarly beneficial effect during, as well as after, exercise.

Fenugreek is one of the richest sources of phytoestrogens and is thus a very handy spice for girls who have low oestrogen levels. Phytoestrogens are also believed to help protect against certain forms of cancer, and fenugreek may well be proven to have anti-tumourigenic effects if this property be researched in the future.

Fenugreek is one of the richest sources of selenium, which is one of the most important antioxidant micronutrients. When consumed regularly, selenium seems to have a protective effect against a variety of cancers, including those of the colon, prostate and lung. Recent evidence also indicates that selenium can help to protect against the development of HIV and other chronic viral disorders.

While other spices such as chilies and cinnamon hold the medicinal and culinary headlines, the study into fenugreek is showing us that this spice has health benefits on a par with, or even superior to, those of the better known spices.

However it’s important to appreciate that synergism between distinct spices enhances the bioavailability and efficacy of the respective bioactive compounds. Therefore, to get optimum benefit from fenugreek, it’s necessary to use it together with other spices that are common in both the prevention and treatment of illness.