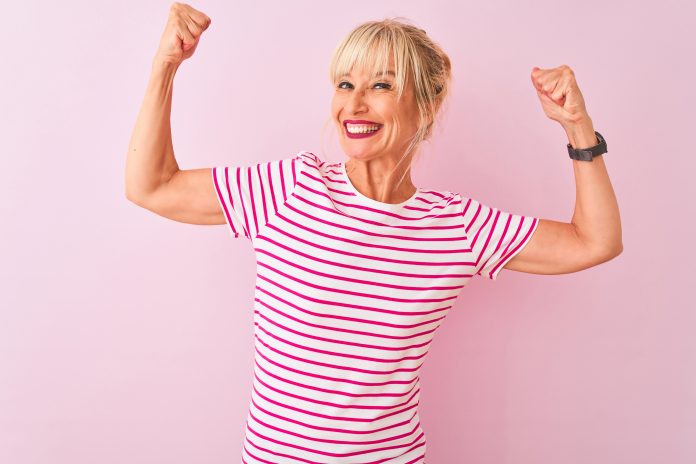 Giving recommendations on herbal products is always tough on pharmacists. We get drilled into our heads early on in school that the importance of evidence based medicine. Evidence based medicine, to put it simply, is basing medical recommendations and guidelines about the outcomes of high quality research and clinical trials. The issue with this in regards to herbal drugs, is that there simply is not all that high quality evidence to continue.

This is not to say that herbal medicines do not have significant results! Quite the opposite actually. Thousands of drug products on the market are, or are derived from, natural sources. If anybody ever tells you “herbal medicines do not work!” You might want to tell them that just about all of our most potent pain killers are or were derived from the poppy plant, that among the most potent antiarrhythmic drugs we’ve had is from the foxglove plant and among the world’s most consumed drug, caffeine, is found naturally in countless plants.

The issue however is that our reliance on evidence based medicine. We could write pages upon pages as to why herbal remedies are not studied well and why they typically don’t have sufficient evidence to recommend. Just take our word for it that you would be hard pressed to get your physician or pharmacist recommend a herbal medicine. Having said all of this, there are a few herbal medicines that DO have good evidence for boosting energy in individuals. Energy is a broad term so we’ll concentrate on herbal medicines that have experienced positive studies as it pertains to raising both psychological cognition/focus and increasing physical performance.

We’ll run down what we think are the best 5 herbal medicines with positive signs for promoting both physical and mental “energy”. *Note -We are going to go ahead and skip the caffeine supplements/B vitamin supplements (5 hour energy, energy drinks etc.) since we all know of these products and many our readers have probably already tried them. Before we begin, a quick word on caffeine. There are a lot of herbal and energy products which might not list caffeine as an ingredient alone but it’s important to know that lots of herbal ingredients have caffeine in them! The most common are:

All these contain caffeine! That’s the reason they are so common in energy drinks and products promoting an increase in energy. Our list won’t include these but understand that they do naturally provide energy due to the caffeine content. Without further ado, on to the list!

Bacopa monnieri is an herb which grows areas with a great deal of moisuture such as marshy plains and in real fresh water locations. It’s been used for centuries in India and Austrailia and it’s usage has spread to all regions of the planet. Traditionally, it’s been used for many signs but it’s most researched use is for psychological cognition and endurance. There have been a number of studies which have found evidence that bacopa enhances mental cognition and for that reason makes our list of herbals. Specifically, it had been found in one study that bacopa improved the rate of visual information processing, learning speed and memory retention. Other trials have similarly demonstrated that bacopa has a substantial positive influence on the retention of new info. So while there is not much external evidence available regarding general energy grow, it certainly has some positive signs concerning psychological cognition and clarity.

Ginseng is a wide botanical term that belongs to a number of diverse species. When you find a product which has only the word ginseng it probably refers to the genus known a Panax. This isn’t to be confussed with an herb that’s also on our list called Siberian ginseng. Despite the fact that they share the identical ginseng name, it’s from a completely other botanical family and differs both in it’s chemical properties and it has pharmacologic properties. The Panax ginseng is a root that’s been used for centuries and continues to be highly valued in Chinese medicine. Ginseng, unlike a lot of herbs, really has some pretty good research behind it and there have been positive findings for immune system enhancement, increase in mental performance and total energy. At a dose of about 200-400mg daily taken for up to 12 months at a time, it’s been demonstrated in multiple studies to increase focus, the accuracy and quickness of memory/information recollection, psychomotor performance and overall cognitive performance in people.

Eleuthero, also known as Sibirischer Ginseng, is in a distinctly different class from Panax Ginseng. Siberian Ginseng is nearly always called eleuthero while Panan Ginseng is generally known as only”ginseng”. Eleuthero is a small woody shrub and although it isn’t actually linked to pure ginseng, it was called Siberian Ginseng because of it has similar properties. Eleuthero has traditionally been used for memory improvement and for increasing exercise endurance. Although there have been mixed results in studies regarding general energy grow, there have been numerous that have shown that eleuthero reduced both the severity and duration of fatigue in patients during physical exercise. It seems that it is the most effective when used for those who have prolonged exhaustion do to excessive exercise and long term stress. Specifically it seems to increase the bodies ability to use oxygen and decrease the amount of lactic acid (which causes that burning sensation in the muscles) when exercising. It’s usually called the”endurance herb”

Astragulus was cultivated and used for centuries in traditional chinese medicine. While it’s most frequent known use is to stimulate the immune system, studies have shown that the herb can decrease fatigue in humans as well an increase their anaerobic threshold (anaerobic essentially meaning “without oxygen”. Anaerobic exercise contains a quick use of energy such as lifting weights or sprinting). In addition to athletic performance, astragalus also may improve mental function as well. In actuality, recently astragalus was promoted as a life-prolonging herb though there are no studies to show this. As stated earlier, astragalus is most frequently associated with it has beneficial effects on the immune system as it might increase both the quantity and effectiveness of specific disease fighting cells. Astragalus is usually considered safe to use and is among the most common herbs used to offer energy and decrease fatigue.

It is a small shrub with a memorable fragance. The title ashwagandha really means “odor of the horse”, which of course does not sound too appealing. It’s effects however have been demonstrated to assist our bodies withstand both physiological and psychological stress in addition to restoring and increasing energy levels. Several studies have affirmed it’s use and demonstrated that the capability of ashwagandha to not only promote increased psychological cognition and physical endurance, but to also improve the ability of our immune system. For bodily endurance, more than 1 study had findings demonstrating a substantial improvement in both cardiovascular and respiratory endurance. More still, it seems that ashwagandha might be a potent antioxidant and may fight off free radicals to decrease the symptoms of aging although this hasn’t been shown in studies.