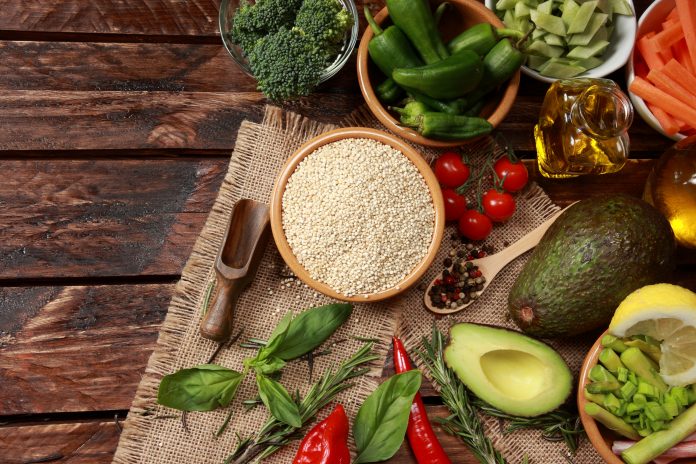 B vitamins were once thought of as one vitamin known as Vitamin B. After much study, we found there are actually 8 different vitamins. Further study has also concluded that B vitamins are water soluble, meaning they are easily excreted from the body and for that reason must be constantly consumed through our diet. B Vitamins have often become the discussion of supplementation over the years due to the vital role it plays in the metabolic process.

B Vitamins are crucial in functions like raising the rate of metabolism, maintaining healthy skin and muscle tone, improving immune and nervous system functions and promoting cell growth and division. Each B Vitamin has a particular function within the metabolic procedure.

Vitamin B1 is also known as Thiamine. Thiamine is vital in healthy brain function and in addition to metabolism of carbohydrates. Thiamine deficiencies can cause a disorder named Beriberi, which is a disorder of the heart and nerve. Symptoms of the disease is weight reduction, mentally unstable, fatigue, pain in the arms and legs, diminished sensory perception, irregular heartbeat and in sever conditions death can occur. Thiamine can be seen in an assortment of foods, in low concentrations. Yeast and pork have the highest concentration of Thiamine but you may also find it in foods such as whole grain cereals, wheat flour, oatmeal, flax, sunflower seeds, brown rice, kale, potatoes, oranges, eggs and liver.

Vitamin B2 is also known as Riboflavin. Riboflavin is needed for many cellular processes within the body such as the metabolism of energy, fats, carbohydrates, proteins and ketone bodies. Riboflavin deficiencies may cause Ariboflavinosis, which is protein- energy malnutrition. Symptoms may include cracks in the hips, sensitivity to sun, and inflammation of the tongue. Riboflavin can be seen in an assortment of foods such as milk, cheese, leafy green vegetables, liver, kidneys, legumes, yeast, mushrooms, and almonds.

Vitamin B3 is also called Niacin. Niacin is a vital nutrient that plays a part in metabolic procedure. Niacin is involved in both DNA repair, as well as the production of steroid hormones in the adrenal gland. Niacin deficiencies together with deficiencies in tryptophan are known as Pellagra. Symptoms of Pellagra include aggression, inflammation of the skin, insomnia, mental confusion and nausea. Niacin can be seen in an assortment of foods like salmon, avocados, broccoli, nuts, seeds, whole grains, carrots and mushrooms, and animal products such as beef, chicken and pork.

Vitamin B5 is also known as Pantothenic Acid. Pantothenic is a vital nutrient to sustain life. It plays an integral role in the metabolism and synthesis of carbohydrates, proteins, and fats. Deficiencies in Pantothenic can lead to acne and in severe cases can cause Paresthesia, numbness of the skin. Panthothenic Acid is found in many foods, but whole grain cereals, legumes, eggs, meat, and royal jelly containing the greatest amounts.

Vitamin B6 is also known as Pyridoxine. Pyridoxine assists in the balancing of potassium and sodium in addition to promoting red blood cell production. Pyridoxine has also been linked to cardiovascular health by decreasing the amount of Homocysteine, which has been associated with cardiovascular disease. Deficiencies in Pyridoxine can lead to anemia, high blood pressure, water retention, depression and psoriasis. Pyridoxine can be located in a variety of grains, green leafy vegetables, liver, eggs, and meat.

Vitamin B7 is also referred to as Biotin. Biotin is a co-factor in the metabolism of fatty acids and leucine, and it plays a part in regulating blood glucose levels in your blood. Deficiency in adults generally does not cause any symptomsnonetheless, in infants it may cause impaired growth and neurological disorders. Biotin can be found in a huge variety of foods like legumes, liver, soybeans, milk, in little quantities, but larger concentrations are available in royal jelly and brewer’s yeast.

Vitamin b9 is also called Folic Acid. Folic Acid is necessary for many biological functions like playing a vital role in the metabolism process to creating healthy red blood cells and preventing Anemia to diminishing Homocysteine levels and cardiovascular disease. Some research has shown evidence that Folic Acid can slow the effects of age on the mind. Folic Acid is particularly significant during childbirth because of deficiency in pregnant women may result in birth defects, which is why supplementation during pregnancy is often advised. Folic Acid is found in massive quantities in leafy vegetables, beans, peas, sunflower seeds, liver and baker’s yeast.

Vitamin B12 may be called Cobalamin. Vitamin B12 are a popular supplement in energy drinks because its vital function in the normal functioning of the nervous system and the mind. Along with Folic Acid, Vitamin B12 helps to produce healthy red blood cells. Vitamin B12 also plays a role in the metabolism of the cells in the body, such as their regulation and synthesis, in addition to the synthesis and energy production of fatty acids. Deficiency of Vitamin B12 may lead to anemia, the inability of DNA to synthesize in red blood cell production, memory loss, increase chances of cardiovascular diseases and other cognitive defects. Because Vitamin B12 is only found in meat, eggs, milk and other animal products vegans must supplement their diet with Vitamin B12 or buy plant based foods which have vitamin B12 added to them.

B Vitamins are the 2nd most important supplement you can take, besides a multi-vitamin for a healthy body. B Vitamins are an important part of getting the nourishment from your diet and assisting your body remain energized and healthy. It’s quite tricky to consume the optimal quantities of each B Vitamin individually so it’s significantly easier and more affordable to take a B Vitamin complex. Even if you aren’t sure whether you’re getting too much of a particular B Vitamin, you can’t overdose as it is readily excreted from the body. Also with a complex you’re using the synergistic effect of all of the B Vitamins, which means better digestion and absorption of fats, proteins and carbohydrates. B Vitamins should be taken after a meal but don’t take it at exactly the exact same meal you take your multivitamin.