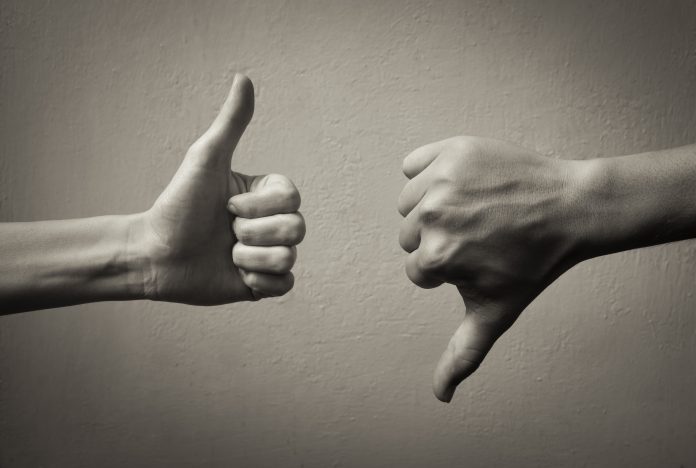 We appear to be gravitating towards a nation where everything and anything goes, a nation where people skills are unnecessary, where verbal abuse and anger are acceptable, and fewer and fewer truly care about showing respect.

In the realm of newscasts and talk-shows, and the world of texting, blogging and tweeting, lots of people seem to care less about the “how” of what they say, focused solely on the “what”.

While not all of society lacks proper people skills, it seems fewer and fewer people are demonstrating civility and decorum in their interactions.

A growing number of research studies from social scientists, socioeconomists, and social psychologists are pointing to the rising unsettling social disposition around the globe. Many say this disposition will end up a great deal worse before improving.

The study points to a natural flow of social mood (positive vs. negative), particularly noting that in darker times, socially and politically, we experience increased stress and negativity. We seem to be occupying the dark times.

Incivility, bullying, disrespect, meanness, and demeaning behavior are quickly becoming the norm. Conversation, discussions, and interactions are quickly moving in the direction where outrage, vitriol, rancor, incivility and disrespect are the tools one uses to get one’s point across.

And, let us state this up front. Passion is never a reason to show disrespect, incivility or anti-social behaviour – ever!

One’s ego-based needs for control, security and recognition drive their thinking. We live in a culture where many people’s individuality (which gives them a feeling of control, recognition and psychological security) is based on “what I know is true.” Agree with me, and we are going to get along. Disagree, and we are enemies. When you agree with me, you admit I’m “somebody.” When you disagree, you are saying I’m a “nobody.” That’s the kicker.

Unfortunately, agreeing to disagree and participating in constructive dialogue are losing their allure in Western civilization, being replaced by a knee-jerk reactivity characterized by a high-pitch, ever-escalating degree of disrespect, incivility, meanness and personal assault.

The question beneath the question is: why are we so uncivil? Shakespeare said, “An event is neither good nor bad, only thinking makes it so.”

So, “What am I thinking?” is an apt question. “What’s going on in me that brings me to behave in an uncivil way?”

In a word, fear. Fear that I’ll losing my identity, fear that I’ll be relegated to the ranks of “a nobody,” fear that nobody will “see” me. And, within this panic state, the logical, thinking, rational, executive portion of the brain shuts down while the reptilian, reactive brain takes over and causes you into a fight, flight or freeze response. What we’re experiencing so much now is that the unconscious, knee-jerk “fight” response.

So, how can you become more aware of one’s frequently self-limiting and self-destructive “fighting” response? By consciously considering what is underneath one’s choice to be uncivil, mean, disrespectful, and demeaning. By recognizing that one’s uncivil behaviour is all about having to feel “seen” and “heard.”

In our culture of right vs. wrong, good vs. bad, win vs. lose, and me vs. you, there’s less and less space for “fighters” to take differences. So, to survive as “a person,” they resort to “ad hominem” attacks, threats and “put-downs” as a means to conserve their identity – by hoping to make the other a “nobody” – and by working from a place of constantly needing be “right” – no matter what, regardless of how.

The fighter, swept up in a reactive state of anger, fear, worry, resentment, defensiveness, feeling “little”, hidden, invisible, unrecognized, and unappreciated – a possible “nobody” – needs to “act out,” to make their point and feel secure and in control.

Becoming conscious means opting to create an environment, an interaction, in which one accepts and appreciates the uniqueness of another’s perspective, point of view, position or premise without automatically assuming a “me vs. you”, “intelligent vs. stupid”, “right vs. wrong” or “good vs. bad” approach to dialog.

Becoming conscious means deciding to move away from one’s intellectual zip code (“It’s all about me and what I know or believe”). And approach interactions and discussions with the interest of a “beginner’s mind”, a neutral mind, asking, as an instance, “How so?” To participate, rather than alienate another.

Becoming mindful means taking a deep breath, sensing to the body, experiencing (not acting out on) feelings and emotions, not being reactive and asking, “Why would a reasonable, honest, good person like me consciously decide to be disrespectful, uncivil, harm and mean the other individual only because their “information” is different from my “information?”

Gandhi said, “Be the change you wish to see.” So, if you end up engaging in uncivil, disrespectful, demeaning behavior, perhaps be curious as to why.

Rumi says, “Out beyond right doing and wrong doing, there’s a field; I’ll meet you there.” – and respond from this place, interacting from this portion of our self contributes to respectful, accepting, compassionate, empathic, and civil discussion and dialogue.

We can opt to play in that area with our friends, coworkers, even with those with whom we disagree. Or we can opt to participate and fight in a battle of words, ego, hostility and lost identity. The former brings happiness, collegiality, cooperation, contentment and well-being – mentally, emotionally, physically, emotionally and emotionally. The latter contributes to deeper pain, suffering and disconnection on each level.

Incivility, rudeness and meanness are all about “resistance” to someone or something “out there” with which one feels threatened and uncomfortable. Incivility and rudeness are unconscious, responsive behaviors stemming from the fear of lack of control, security and recognition. Incivility and negativity are mostly about being right as opposed to joyful, or about being a “somebody by making another a “nobody.”

The conscious question is “Why do I choose to be reactive, hurtful, negative and uncivil? Why? Really, really why? The mindful, deeper, honest, honest and self-responsible response will indicate it is never about “him, her, it or them” – ever. Hmmm. That leaves just – me.

Some questions for you

Have you ever participated in uncivil, demeaning, or disrespectful behavior lately? Did you justify your behaviour? How so?
How do you socialize with individuals who disagree with you?
Do you live life on the job, at home and at play from an”I want to be right” perspective? Would you generally rather be right than happy? In that case, why do you feel ‘s so?
Do you view compromise as a weakness?
Do you rationalize or justify another’s uncivil or disrespectful behaviour? If so, why or how?
Do you ever use “enthusiasm” as an excuse to behave inappropriately?
Have others ever accused you of acting in an uncivil or disrespectful way? If so, how did you respond to their accusations?
How did you learn how to take care of debate as you’re growing up? How did your parents deal with debate, either with one another, or when interacting with other people who disagreed?
Can you imagine a world where it is possible folks respond to debate without being uncivil, bullying, angry, enraged, or otherwise disrespectful?