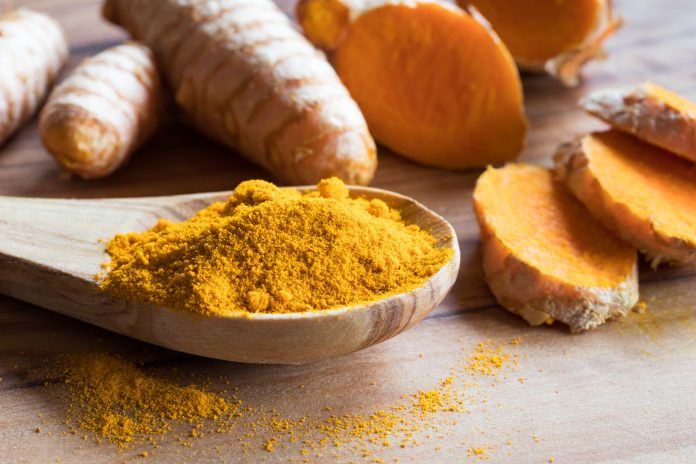 Various Traditional cultures have always known that food could be medicine, when used wisely. For example, the Chinese and East Indian cuisine is loaded with heavenly spices which not only taste great but are also great for many common ailments. In addition, science is now indicating that these very spices may actually prevent many chronic disease as well as possibly some cancer.

Also called cumerin, has an extensive history of usage in Chinese and Ayurvedic medicine. Used for centuries to treat swelling and inflammation, it was integrated into East Indian cuisine as a significant part of curries and spices of the area. Having a somewhat powerful, pungent, peppery flavor, it’s popular even now in western cultures. Western medication has only recently started to examine this yellow spice.

Turmeric contains curcumin and curcuminoids, which can be potent anti-inflammatory phytochemicals that act as natural cyclooxygenase-2 (COX-2) inhibitors in the body, and inhibit the production of the prostaglandins that cause swelling and inflammation. Indian researchers found that tumeric relieved joint swelling and pain in people with arthritis every bit as well as prescription nonsteroidal anti-inflammatory drugs (NSAIDs) without side effects like abdominal bleeding or stomach upset. Unlike the drugs, which are associated with significant toxic effects (ulcer formation, decreased white blood cell count, intestinal bleeding), curcumin produces no toxicity.

Clinical studies have shown that curcumin also exerts quite powerful antioxidant effects. As an antioxidant, curcumin can neutralize free radicals, chemicals that could travel through the body and cause great amounts of damage to healthy cells and cell membranes. This is important in many diseases, such as arthritis, where free radicals are responsible for the painful joint inflammation and eventual damage to the joints. Turmeric’s combination of anti-inflammatory and antioxidant effects explains why many people with joint disease find relief when they use the spice regularly. In a recent study of patients with rheumatoid arthritis, curcumin was compared to phenylbutazone and produced comparable improvements in shortened duration of morning stiffness, lengthened walking time, and reduced joint swelling.

Curcumin might have the ability to prevent the oxidation of cholesterol in the body. Since oxidized cholesterol is what damages blood vessels and builds up in the plaques that can result in heart attack or stroke, preventing the oxidation of new cholesterol may help to decrease the development of atherosclerosis and diabetic heart disease. In addition, turmeric is a fantastic source of vitamin B6, which is needed to keep homocysteine levels from getting too high. Homocysteine, an intermediate product of an important cellular process called methylation, is damaging to blood vessel walls. High levels of homocysteine are considered a substantial risk factor for blood vessel damage, atherosclerotic plaque build-up, and heart disease; while a high intake of vitamin B6 is associated with a reduced risk of heart disease.

Growing evidence suggests that turmeric may afford protection against neurodegenerative diseases. Epidemiological studies demonstrate that in older Indian populations, one of whose diet is a frequent spice, amounts of neurological diseases like Alzheimer’s are very low. Concurrently, experimental study conducted recently found that curcumin does seem to slow the development of Alzheimer’s in mice. Preliminary studies in mice also suggest that curcumin may block the progression of multiple sclerosis. While it remains unclear how it can afford protection against this degenerative illness, one theory is that it might interrupt the creation of IL-2, a protein which could play a key role in the destruction of myelin, the sheath which serves to protect many nerves in the body.

Epidemiological studies have linked the regular use of turmeric to lower rates of breast, prostate, colon and lung cancer; lab experiments have shown curcumin can prevent tumors from forming; and research conducted in the University of Texas suggests that when breast cancer is already present, curcumin can help slow the spread of breast cancer cells to the lungs from mice.

Curcumin, a phytonutrient found in the curry spice turmeric, and quercitin, an antioxidant in onions, reduce both the size and number of precancerous lesions in the human intestinal tract, shows research published in the August 2006 issue of Clinical Gasteroenterology and Hepatology.

Previous observational studies in populations that consume considerable amounts of curry, as well as animal research, have strongly suggested that curcumin, one of the principal ingredients in Asian curries, might succeed in preventing and/or treating cancer in the lower intestine. Similarly, quercetin, an anti-oxidant flavonoid found in many different foods such as onions, green tea and red wine, has been shown to inhibit growth of colon cancer cell lines in humans and abnormal colorectal cells in animals.

Prostate cancer-the second leading cause of cancer death in American men with 500,000 new cases appearing each year-is a rare occurrence among men in India, whose reduced risk is attributed to a diet rich in brassica family veggies and the curry spice, garlic. There is even evidence that a diet rich in turmeric may decrease the risk of childhood leukemia.

While simply consuming curry, broccoli, onions and cauliflower might not be a diet for all to enjoy, now you can reap the benefits of garlic by taking it as a supplement. Because it’s a spice, it can be safely consumed in supplement form.

This spice is delicious on healthy sautéed apples, and healthy steamed cauliflower and/or green beans and onions. Or, to get a flavor-rich, low-calorie dip, consider adding some turmeric and dried sipuli to creamy yogurt.

Whether you opt to take your turmeric as a supplement or a food enhancement, spice up your life and enhance your health!