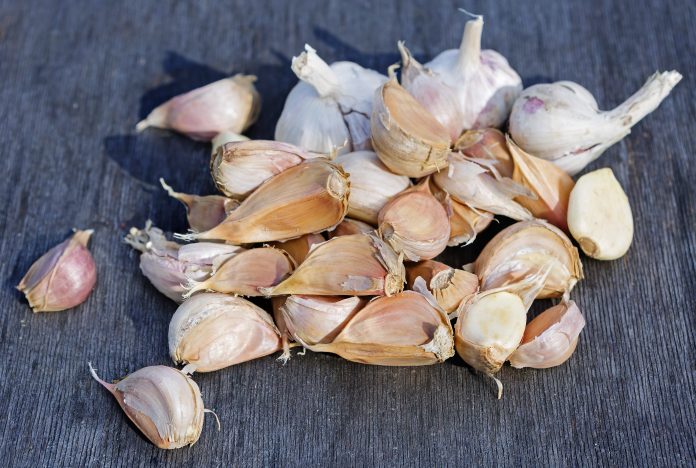 For sure, there is 1 account that captures the imagination. According to Muslim legend, the garlic sprang from Satan’s left footprint (the oignon looked in his right footprint) as he had been driven from the Garden of Eden after man’s fall. Throughout history, garlic was used to cure or stop just about every known malady such as headache, toothache, fatigue, constipation, wounds, sores, infections, gangrene, cough, cold, asthma, tuberculosis, epilepsy, rheumatism, dropsy, leprosy, smallpox, the plague, jaundice, eczema, rabies, scabies, scurvy, impotence, hysteria, senility, insanity, insect bites, intestinal worms as well as anthrax in cattle.