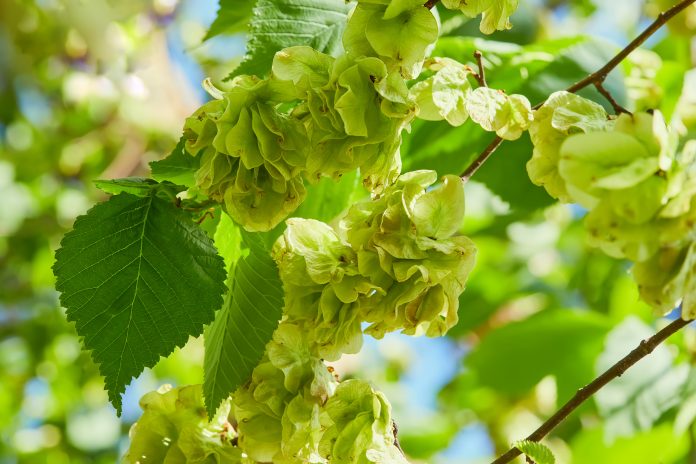 Ulmus minor Mill., the field elm, is by far the most polymorphic of the European species, although its taxonomy remains a matter of contention. Its natural range is predominantly south European, extending to Asia Minor and Iran; its northern outposts are the Baltic islands of Öland and Gotland, although it may have been introduced here by man. The tree's typical habitat is low-lying forest along the main rivers, growing in association with oak and ash, where it tolerates summer floods as well as droughts.

Current treatment of the species owes much to Richens, who noted (1983) that several varieties of field elm are distinguishable on the European mainland. Of these, he listed the small-leaved U. minor of France and Spain; the narrow-leaved U. minor of northern and central Italy; the densely hairy leaved U. minor of southern Italy and Greece; the U. minor with small-toothed leaves from the Balkans; the U. minor with large-toothed leaves from the Danube region; and the small-leaved U. minor from southern Russia and Ukraine. As for British varieties, "the continental populations most closely related [to eastern English Field Elm] are in central Europe", while south-western forms were introduced from France. He concluded, however, that owing to incomplete field-research at the time of writing, it was "not possible to present an overall breakdown of the European Field Elm into regional varieties". The epithet 'red' elm was commonly used by British foresters, an allusion to the colour of the timber.

Richens sank a number of British elms, notably English elm, as either subspecies or varieties of U. minor in 1968. However, Melville, writing ten years later, identified five distinct species (including U. glabra in the count), several varieties and numerous complex hybrids. In 1992 Armstrong identified no fewer than forty British species and microspecies. Clive Stace (1997) wrote of the British elms "The two-species (glabra and minor) concept of Richens is not sufficiently discriminating to be of taxonomic value". Nevertheless, it is Richens’ classification which has been the most commonly adopted in recent years, although it is not used in Flora Europaea [1].

In 2009 Dr Max Coleman of the Royal Botanic Garden, Edinburgh wrote: "The advent of DNA fingerprinting has shed considerable light on the question. A number of studies have now shown that the distinctive forms Melville elevated to species and Richens lumped together as field elm are single clones, all genetically identical, which have been propagated by vegetative means such as cuttings or root suckers. This means that enigmatic British elms such as Plot elm and English elm have been shown to be single clones of field elm. Although Richens did not have the evidence to prove it, he was correct in recognising a series of clones and grouping them together as a variable species."

It is hoped that analysis of molecular markers will ultimately eliminate the taxonomic confusion.