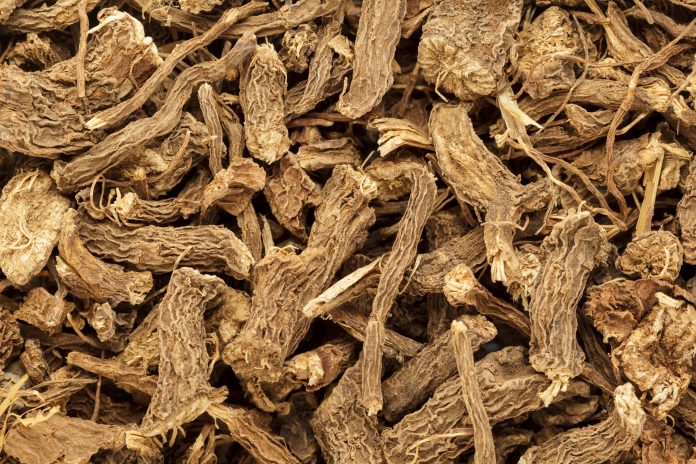 Originally the calamus comes from China. As early as 3700 B.C., it had the reputation in China of being a life-extender. Since the 16th century it has also been native to Central Europe. The calamus grows preferentially along the banks of streams, ponds and ditches.

In spring, several sword-shaped thin leaves grow from the horizontally creeping rootstock, which can reach a height of up to one metre. In midsummer an angular stem grows, which carries a greenish-yellow cone-shaped flower head.

The calamus is especially helpful for stomach problems and has the legendary reputation of being a life prolonging agent. The calamus root can also help you quit smoking. If you chew the root, you will feel nauseous when smoking. Small children can chew the root if they have toothache.

The calamus can be prepared as a cold extract for 8 hours, one teaspoon of the crushed root per cup. You can also make a hot tea/infusion and let it steep for five minutes. A tincture can also be prepared with the calamus. Take 30 drops of this three times a day.