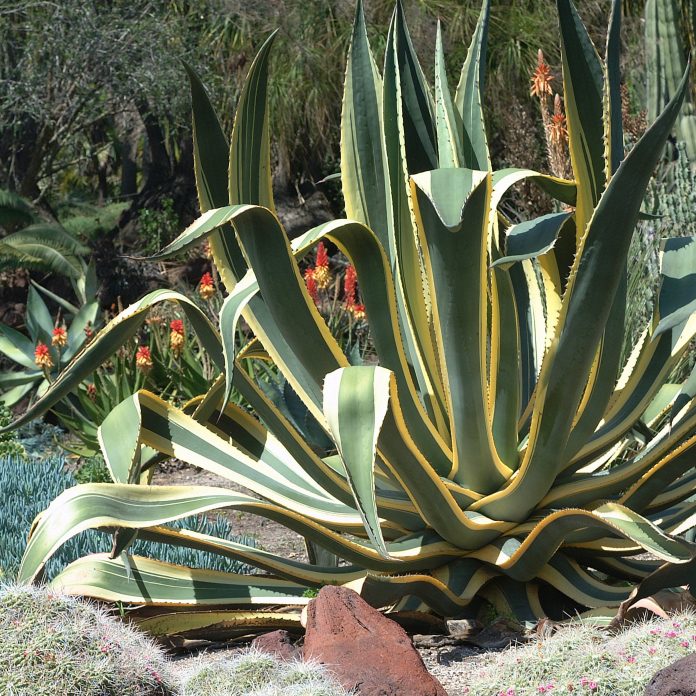 Century plant is a desert plant with thick leaves, which occurs mainly in Mexico and Central America, but also on the Canary Islands. The plant sap of the agave is used in Mexico to distill schnapps, the well-known Mezcal. Also a diabetic suitable sugar substitute is produced from the thick juice of the century plant. Agave syrup is also very popular.

Attention!! Slightly toxic! And the juice can irritate the skin! Only use in ready-to-use preparations, homeopathically or externally, always in low doses.

So named because the plant may live for several decades before producing flowers. Once a plant flowers and produces seeds, it dies.