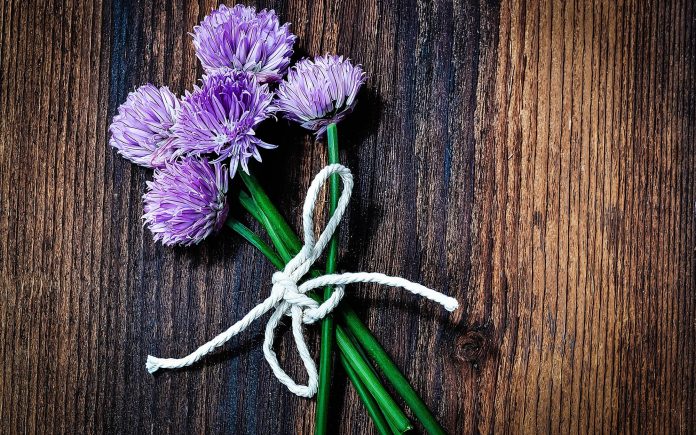 Everyone knows chives as a spice, but that it is also a medicinal plant is not so well known. We need it most when it sprouts from the ground in spring, because it dispels spring tiredness, cleans the blood and provides us with vitamin C.

Chives is a perennial plant. In spring, the chives shoot out of the rootstock within a short time, forming round, hollow stems. These stems can grow up to 30 cm high. Only a few months later, usually in May, some stems grow, which are considerably harder than the others.

The pink-violet flowers then unfold on these stems. The flowers are spherical. After the flowering period, normal stems grow again until the chives retreat into the soil at the beginning of winter.

The chives are best used in the kitchen around the world, because they unfold their strongest healing effects when eaten fresh. Nowadays, chives can be bought cheaply in pots and then left to grow on the windowsill.

A few snippets of it on bread or sprinkled in soup not only taste good, but are also good for your health. A herbal quark with fresh chives is also particularly valuable. You can also eat the flowers, for example in a salad.