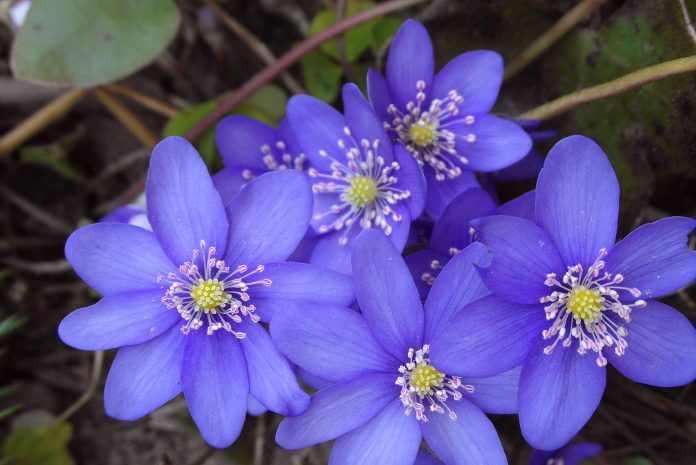 The liverwort is native to almost all of Europe, as well as North America, Japan and Korea. It is a small blue-flowering plant that was and is an important plant in folk medicine. All parts of the fresh plant are poisonous (protoanemonin), dried it is non-toxic.

Since the plant has become rare, is now a protected species. It is thus under protection and may no longer be collected in nature. The liverwort was chosen as the flower of the year 2013.

The liverwort grows preferentially in semi-shade, lime-rich soil in forests. The perennial plant grows between 5 and 20 centimetres high.

The blue-white, blue to purple flowers appear between February and April, the flowers have 6-8 petals. The basal leaves are 3-lobed, leathery and appear after flowering.

Harvest period
March to May.

Attention! Slightly poisonous. Only use in ready-to-use preparations, homeopathically or externally.

The liverwort is mainly used dried, as the poison (protoanemonin) of the fresh plant parts irritates the skin externally and can cause gastroenteritis (acute inflammation of the gastrointestinal tract) and nephritis (inflammation of the kidneys) internally.

1 tablespoon of dried liverwort is poured over 250 ml of cold water and left to infuse for 6-10 hours. Strained and drunk in sips throughout the day, it is effective against liver and bile diseases. No hot water is used because then it tastes really bitter.

5 heaped tablespoons of dried flowering herb are crushed and put into 500 ml grain. Leave to stand at room temperature for 3-4 weeks, then strain. Take 10 drops on a piece of sugar, effective against liver and bile diseases.

Dried liverwort is boiled in wine and strained. The very bitter wine is used to cleanse the bladder and kidneys.

The skin-irritating effect of the fresh plant was formerly used for blistering in rheumatism. A method that should no longer be used today.

The fresh plant is used in homeopathy against bronchitis and pharyngitis.

The liverwort is a popular medicinal plant in folk medicine, especially for liver diseases, which gave it its name. According to medieval theory, the shape of the leaf, which is supposed to remind us of the liver, proves its effectiveness against liver diseases. The liver is opened and cured.

The liverwort flower was also popular as a magic plant as protection against disease. The first three flowers found are said to protect against fever if eaten all year round.

Today, the liverwort has hardly any significance as a medicinal plant, especially since the plant is protected in nature. In gardens the liverwort is found as an ornamental plant, which is one of the first flowering plants to announce spring.

The plant is difficult to cultivate. The seeds must be stored between -5°C and 0°C for about one month before germination. The germination time can be from one month to one year, the germination temperature is about 10°C. It is therefore advisable to grow the seeds in pots. Although it can cope with sun and shade, it prefers partial shade.

Instead of seeds the liverwort can be propagated by root division. The liverwort likes a mixture of chalky soil, clay and compost of leaves. The soil should be moist. Only plant out the small plants when frost is no longer to be expected. The liverwort secretes substances through its roots that prevent plants from growing in the surrounding area. If the liverwort likes its habitat, it multiplies to form a large stand.

Collection in nature is not permitted, as the plant is protected. Only the upperidic parts are collected. The flowers are quickly brought into the shade and dried there. When collecting one must be careful with skin contact, because the protoanemonin can lead to severe skin reactions (ranunculus allergy, ranunculus dermatitis or meadow dermatitis) with blistering. When the plant is dried, the poison is lost.

From Middle English liverwort, lyverwort, from Old English liferwyrt, equivalent to liver +‎ wort, from the belief that some species looked like livers and were useful for treating the liver medicinally.