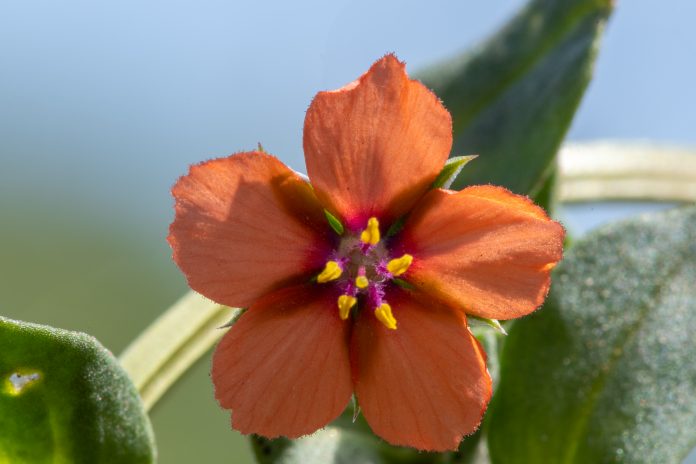 In the middle of summer, the scarlet pimpernel with its bright red or orange star-shaped flowers often flashes at you in the vegetable patch. It seems far too pretty to be simply pulled out as a weed.

As decorative as it looks, it is believed to have all kinds of healing powers, but the field pimpernel is slightly poisonous and may therefore only be used in very small quantities. Well dosed it can help against warts and splinters in the skin.

Scarlet pimpernel grows as a weed in gardens and fields, on fallow land and vineyards. With its low-lying stems, which grow up to 25 cm long, the field pimpernel is one of the smaller plants. The small, egg-shaped leaves are arranged opposite each other on the stem.

Its orange-red or blue, star-shaped flowers shine like funny little eyes, making it difficult to pull the plant out as a weed. One would much rather leave it as an ornamental plant.

Attention! Scarlet pimpernel is slightly poisonous. It should be used with care, only in small doses and only in ready-to-use preparations, homeopathic or external.

It can be used as part of a mixed tea or juice. Only people with scarlet pimpernel allergy get a rash on contact with the plant. All others can try the juice of the pimpernel for warts.

Applied as a compress, the infusion can clean wounds and expel penetrating splinters or thorns. For sinusitis or kidney stones, you should only use the remedy in low doses and mixed with other herbs.