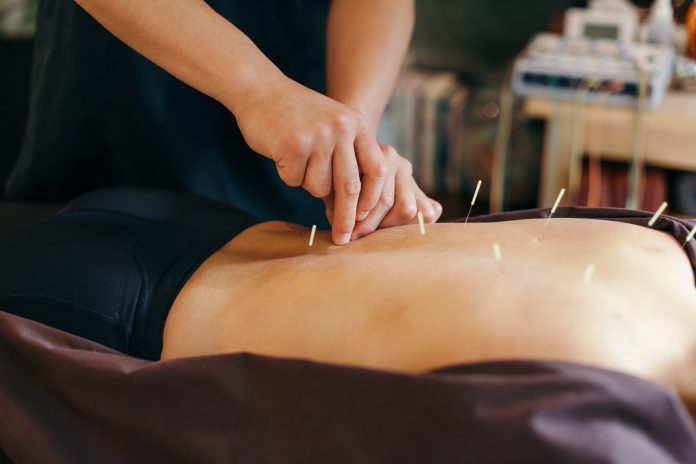 According to classical Chinese beliefs, an invisible force called qi moves in regular patterns through the body and over its surface with channels called meridians. Like a river, it nourishes everything along its route.

1. How Does Acupuncture Work?
2. Sticking Needles
3. Side Effects and Risks
4. Finding an Acupuncturist
5. Conclusion

How Does Acupuncture Work?

Back pain and general ill health are caused by a blockage in its circulation. Acupuncturists unblock meridians and restore health by stimulating specific areas of the body using needles that are occasionally heated or electrified using a low-voltage current. The technique could be augmented with herbal or acupuncture remedies.

The scientific explanation is much more prosaic. While they’re still not entirely sure about how the treatment works, scientists feel that it encourages the body to release opioids and other organic substances that reduce pain, boost healing and stimulate feelings of wellbeing.

Sticking needles into a person’s body might look to be odd, even paradoxical, way of treating pain, but research has always demonstrated that it works. Acupuncture relieved chronic low back pain greater than traditional treatments.

Over time, it’s proved so powerful that, in their own clinical practice guidelines, the American College of Physicians and the American Pain Society urge it in circumstances where traditional treatments fail.

Side Effects and Risks

Generally, acupuncture is safe so long as it’s conducted by a trained practitioner using sterilized needles. Insertion produces minimum pain. Very few negative cases have ever been reported, and its record is much better than standard treatments that rely on medication injections. However, patients should just find an acupuncturist on the strength of a doctor’s recommendation.

For many individuals, seeking referrals from doctors or other healthcare providers is the simplest way to track down suitable practitioners. They may also ask their relatives, friends or other trustworthy people for a recommendation. The sites of several national acupuncture organizations are another helpful source of referrals.

Acupuncture is proof that age-old methods of treating disease can continue to be applicable even in the twenty-first century.