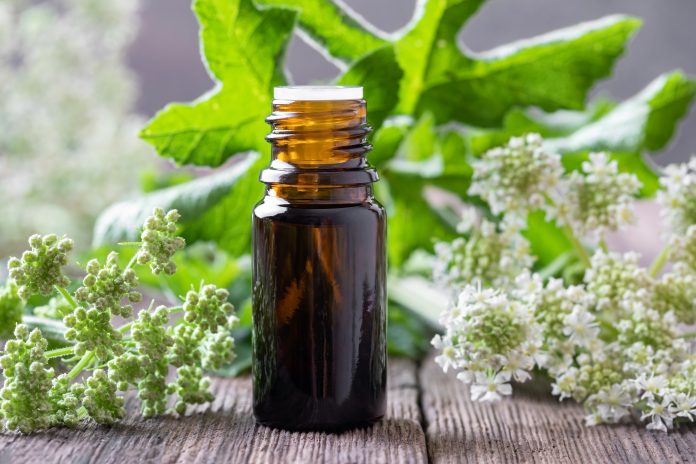 Dong Quai has been broadly used within Traditional Chinese Medicine (TCM) for centuries and the West is now catching up to the security and health benefits of this plant during pregnancy. It is a favorite in Chinese formulas for womens’ health and is highly regarded as the”ultimate female’s root”. It has also earned the reputation as the “supreme female tonic” and the “ultimate herb for women”. With such strong and persuasive titles as these, the question arises “Is Dong Quai Safe To Take During Pregnancy?”

1. What is Dong Quai?
2. What Are The Medicinal Uses?
3. Other Uses
4. Is It Safe To Take During Pregnancy?
5. Worth Considering

What is Dong Quai?

Dong Quai literally means”should return”. In Chinese Herbology, that is so named because it’s thought that by taking this herb, the blood and energy will restore and return without disease.

It comes in the apiaceae family, or more commonly called the celery, carrot or parsley family. The plant is native to China, Japan and Korea and develops on the hills in the cold, moist areas of these countries. It is distinguished by its small umbrella-like white blossoms which bloom from May into August and produces its fruits between July and August.

What Are The Medicinal Uses?

The entire root is considered beneficial and in TCM, it’s thought that the different segments of the root supply different “actions”. The top area of the root has anti-coagulant (blood thinning) properties, the middle area of the root is used as a tonic and the bottom part is used to dispel patterns of blood stagnation.

Dong Quai has been widely utilised in restoring health and balancing the body in many cycles and rhythms of a women’s life, yet it’s equally beneficial to men also. It is basically used before and after menstruation due to the anti-spasmodic properties to ease those uncomfortable “time-of-the-month” cramps and helps replenish blood levels after your period has finished.

Is It Safe To Take During Pregnancy?

In TCM, although Dong Quai is highly suggested for all aspects of a woman’s body cycle, it’s not recommended during pregnancy.

In modern day study, some evidence has demonstrated that Dong Quai can stimulate the uterus and cause contractions, resulting in an increased risk of miscarriage or pre-term labor.

Pregnant women should take precautions when high doses of Dong Quai are taken as this can lead to photo-sensitivity (sensitivity to sunlight) and cause greater risk for skin cancer, especially to people that are fair-skinned. Extra care should be taken when combined with St. John’s Wort as it’s also a herb proven to boost photo-sensitivity.

Dong Quai may interfere with other herbs, such as ginger, which some women take to help alleviate morning sickness during their pregnancy.

Although herbs are the most natural solution to chemically-charged pharmaceutical drugs, care should still be taken if you decide to implement them in the way you live. In all civilizations, herbs are used for medicinal purposes for many centuries but there’s still more to be learnt and discovered. Some herbs might be more harmful or beneficial from one individual to another, and in case you’ve got an under-lying medical condition, additional care must be undertaken. If you have any serious health concerns, you should always consult your healthcare practitioner or medical herbalist specialist before self-administering herbs.