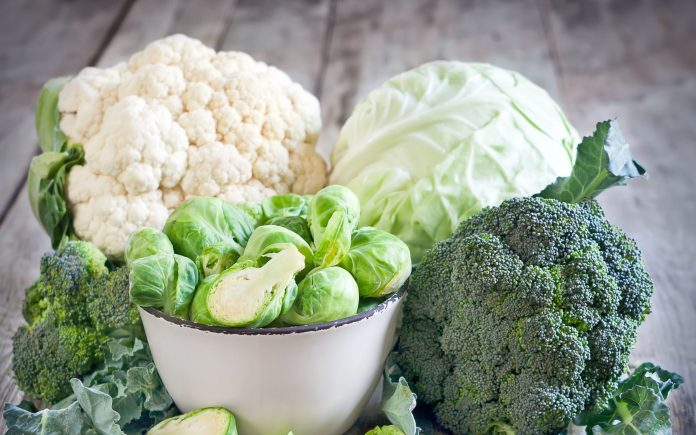 Alzheimer’s Disease (AD), which accounts for 60-80 percent of dementia cases, now affects 5.4 million Americans, of which 5.2 million are age 65 and older. As the baby boom generation has started to reach age 65 and beyond, the age range most at risk of AD, these figures will escalate rapidly in the next few years.

Unfortunately, at present there are yet medical breakthroughs to cure the illness. Scientists are still in search for mechanisms that completely explain this progressive brain disease which damages and destroys brain cells, resulting in memory loss and changes in thinking, planning, and other brain functions.

For the time being, neuroscientists are still not able to reach the bottom of the Alzheimer’s puzzle. However, some very interesting research points to factors which may dramatically increase your chance of developing AD. Hence, by preventing these variables, you are able to drastically reduce the probability of the deliberating disease before it happens – an ounce of prevention is worth a pound of cure.

Although researchers haven’t found the specific mechanism how diabetes causes AD, they do know that high blood glucose and insulin can damage the brain. This is most likely why many scientists are now naming Alzheimer’s because”type 3″ diabetes.

A study published in the highly respected medical journal The Lancet Diabetes & Endocrinology discovered that in diabetics with the maximum level of diabetes related variables, such as leg ulcers or vascular (blood vessels) problems, the probability of becoming demented was increased an astounding 37 fold!

When you have high blood sugar, it might be a indication of insulin resistance. In this disorder, the body becomes unresponsive to insulin, a hormone that helps move blood sugar into cells and fuel vital functions. In the beginning, the body makes more insulin to get the energy it needs. Eventually, the body is making all of the insulin it can. If cells develop more insulin resistant, blood glucose will rise higher, and diabetes will develop.

Excess blood glucose and insulin can both harm the body. Doctors don’t routinely measure insulin levels since the evaluation is more expensive. However, here are some tell-tale signs of insulin resistance:

Research now clearly shows a direct correlation of average glucose levels and the pace at which the hippocampus, the brain’s memory center, undergoes atrophy or shrinkage. As your hippocampus shrinks, so does your memory.

But the empowering part is that diabetes is wholly preventable as it’s a disease caused by a wrong diet and sedentary lifestyle. By lowering your risk of diabetes, you consequently lower your risk of AD.

A variety of studies have associated poor sleep quality or lack of sleep with a higher risk of AD. Researchers found that getting less sleep or sleeping badly (waking up several times) was tied to an increase in brain levels of beta-amyloid plaques, although they couldn’t say whether poor sleep caused the accelerated buildup of beta-amyloid, or whether beta-amyloid accumulation was a cause of poor sleep.

Additional research suggests that one reason why poor sleep might be linked to AD is that sleep can help to clean toxic molecules from the mind. Apparently, during sleep the cells in the brain literally shrank, making more space for the flow of cerebral spinal fluid through the brain. This increased flow of fluid acted something like the jet sprays at a dishwasher, flushing out harmful waste products such as beta-amyloid.

Scientists also discovered that sound sleep appeared to blunt the effects of APOE-E4, a gene that predisposes the development of AD. Individuals who transported the APOE-E4 gene and slept most soundly showed the best preservation of memory and thinking abilities.

Many people with Alzheimer’s experience changes in their sleep patterns. They wake up more frequently and stay awake more during the night. Individuals may feel very drowsy during the day and be not able to sleep at night. Experts estimate that in late stages of AD, people spend approximately 40 percent of the time in bed at night alert and a substantial portion of the daytime sleeping. In extreme cases, individuals can have a complete reversal of the standard daytime-wakefulness and nighttime-sleep pattern.

Most studies reveal that adults aged 18-64 need 7-9 hours of sleep nightly and seniors over age 65 need 7-8 hours. Therefore, to maintain your AD risk in check, you would like a fantastic night’s sleep. If You’re not sleeping well, try the following non-drug approaches to enhance sleep routine before using sleep aids:

Though many studies have shown that heavy metals, such as aluminum, mercury, lead, and cadmium are very toxic to the brain, aluminum is the most commonly found metal in the brains of people with AD. The metal has a certain affinity for the brain, especially the tangled brain cells that characterize the disease.

Independent studies conducted in Norway, the United Kingdom, France, and Canada revealed a direct correlation between the incidence of AD and aluminum concentrations in the drinking water. In actuality, a British study reported in the medical journal The Lancet, showed the risk of developing AD to be 50 percent higher at which drinking water contained high levels of aluminum.

Scientists discovered that when aluminum spans the blood-brain barrier and gets to the brain, it starts to replace minerals such as magnesium in various enzymatic activities. For that reason, it sets in motion a series of biochemical cascades involving strange processes, which might eventually lead to symptoms of AD.

Aluminum is an ingredient found in a broad assortment of items that a lot people use daily. Some of the products include processed foods, medicines, as well as personal hygiene products.

Therefore, to decrease your risk of developing AD, you should prevent a buildup of aluminum in the body, particularly the brain.

Eliminate all sources of aluminum cooking utensils. Anodized metal is coated aluminum. Glass cookware is the safest, but if you use metal cookware, use either stainless steel or cast iron. Most teflon-coated pans are aluminum-based however there are now ceramic cookware with non-toxic, non-stick surfaces.

Avoid ingesting aluminum or absorbing it through the skin by selecting aluminum-free food containers and products in addition to personal hygiene items. Use a water filter which eliminates heavy metals.

Aluminum is more likely to accumulate in the brains of individuals that are magnesium deficient.

A principal way that aluminum seems to say toxicity is that it replaces magnesium ions at critical target sites in the cell. Aluminum is quite like magnesium; hence, the alloy can compete effectively for magnesium binding sites.

Numerous studies have shown that for men and women who have a gluten sensitivity or intolerance, eating foods that contain gluten may produce the gut become permeable or”leaky”, allowing the gluten proteins to enter the bloodstream where they don’t belong. This causes the immune system to respond and boosts inflammation and autoimmunity (immune system attacking the body’s own healthy cells and tissues).

Newer study found that for many people, gut permeability can also be connected with adrenal obstruction permeability. This may explain to some degree the collection of neurologic issues now correlated with gluten sensitivity. Hence, if you suspect or know you’ve gluten sensitivity, you should avoid all foods that contain gluten. However, bear in mind that gluten-free foods aren’t equal to healthy foods. They may contain harmful additives/ingredients or they could be quite high in refined carbohydrates that will negatively impact your blood glucose when consumed in excess.

(Cyrex Lab’s Array 3 is the best test available right now for analyzing reactions against the complete wheat proteome, not only glutenfree, but other proteins in wheat also.)

Supplements For The Brain

Omega-3 comprises DHA (docosahexaenoic acid) and EPA (eicosapentaenoic acid). DHA is very important for encouraging the construction and function of the mind. If DHA is deficient, the mind won’t be built normally/optimally, nor is it able to operate normally/optimally. Hence, for avoidance, take 1 gram of high quality fish oil daily.

Ideally, get your calcium from foods. If you’re not eating enough dark leafy greens and other magnesium-rich foods, taking a calcium supplement is a fallback. The best type of magnesium supplement for the mind is magnesium threonate because of its ability to have pass the blood-brain barrier.

Last but not least, challenge your mind daily. Mental stimulation, particularly learning something new is associated with a decreased risk of AD.