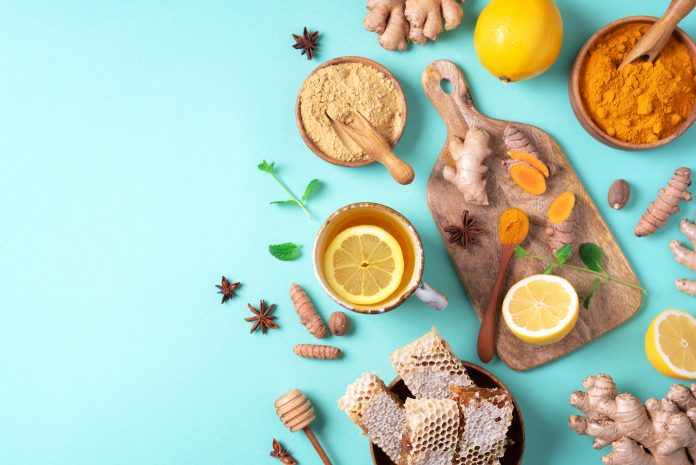 The human immune system consists of two important elements – the nonspecific (innate) immune system and the adaptive (targeted/specific) immune system. Both of these elements of the immune system work in co-operation to defend the body against invading and dangerous organisms such as parasites, fungi, viruses and bacteria.

The principal part of an individual’s immunity (first line of defense) is composed further of 2 components – the first being the skin and mucous membranes (physical barrier). If the outside skin barrier has been compromised, the next layer of defense is subsequently activated in response. The significant index of the activation of the secondary defense mechanisms is inflammation – that is characterized by a localized redness and swelling where the invading organisms are found. Additionally it is systemically marked by a increase in body temperature (fever) and the presence of pus around the infected area and possibly the presence of white blood cells in the urine.

Parts of this System

The various constituents of the Main defense mechanisms include the following:

these include macrophages and neutrophils. Their job is to mostly ingest and in doing this, destroy invading harmful pathogens. The procedure whereby a phagocyte emerges in the blood and into the cells to ingest invading organisms is known as phagocytosis. This is carried out by the phagocyte recognizing the harmful organism, and locking on it, and thereby ingesting it. Some germs conceal their identities, and may confuse phagocytes; the immune system may overcome it by covering pathogens with opsonins. These are complement proteins which then give “handles” for the phagocytes to lock onto invading germs and thereby destroy them.

In the case where specific pathogens are resistant to these, the immune system then reacts by providing additional supports – helper T cells release chemicals that stimulate the macrophages, which then release additional destructive enzymes which are deadly to these pathogens. Neutrophils also pierce the invasive organism’s membrane by using defensins. When phagocytes can’t ingest the invading organisms, they discharge their poisonous weapons to the extracellular fluid, which then destroys these pathogens. Neutrophils destroy themselves in the process of eradicating pathogens, but macrophages can continue to destroy dangerous substances.

exist in the bloodstream as well as the lymphatic system. These cells can lyse and then destroy cancer cells and virus infected body cells until the adaptive immune system is switched on. They’re a part of a group of cells known as large granular lymphocytes. They can eradicate a high number of overseas harmful cells and organisms, and they’re non-specific in their harmful targeting. Natural killer cells destroy harmful cells by calling them and inducing programmed cell death (also called apoptosis). They also give off powerful chemicals which encourage the body’s inflammatory reaction.

Inflammation is part of the principal defensive immune system. It’s activated by the external injury to body cells, or through intense heat (leading to burns), chemical irritation to the skin, or infection by fungi, bacteria and viruses. The inflammatory response leads to many resultant effects: prevention of spread of disease; disposal of dead cells and ruined pathogens; alert to immune system and base for cell and tissue repair. It starts with a chemical alert – substances being released into the extracellular fluid – these are released from injured or stressed cells. These may also be triggered by the release of certain proteins in the blood (histamine reaction ).

Macrophage cells (and certain other cells ) have special detection skills which can then trigger the immune system. Another effect of inflammation contains the dilation of the blood vessels around the disease, allowing more blood flow into the area, which promotes rapid recovery. The blood vessels and surrounding tissues also become more permeable, allowing for the migration of immune system cells more rapidly into the affected body area. Exudate is the resultant fluid in the greater movement of blood and cells to the affected region, and this causes localized swelling. This fluid may press against nerve endings, causing the pain reaction. Phagocyte mobilization occurs as a consequence of inflammation, and invading organisms are destroyed.

The Adaptive (or Secondary) Component of a individual’s immunity is the body’s built in specific immune response, which is obtained throughout a person’s lifetime of exposure to different invading organisms. The adaptive immune system is triggered after the immediate reaction of the major immune system response, and functions for more than the primary immune defense. The concept of immunization, by the first exposure of a person to a handicapped or dead pathogen, and its resulting effect being that the immune system develops antigens specific to this pathogen functions within the secondary defense mechanisms.