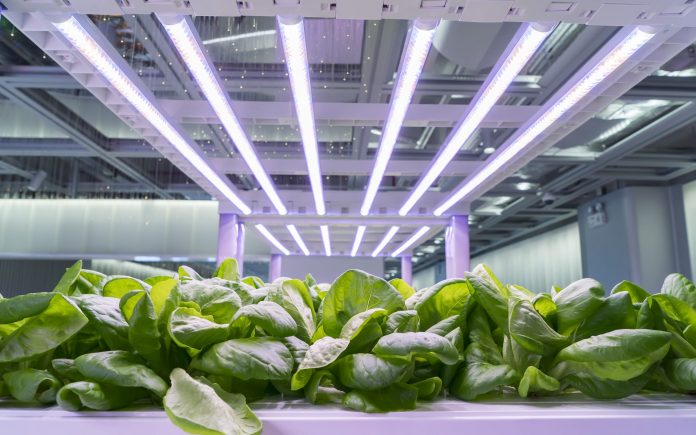 An indoor plant or plant can bring a true breath of fresh air into a room’s decor, introducing a little bit of nature to your personal living space. You may even grow some vegetables inside, opening up new produce even to people stuck in a small city apartment. Caring for those indoor plants, however, has always been a challenge: even in well-lit rooms, many plants aren’t able to get sufficient light to grow as completely as they would otherwise. To alleviate this, most indoor growers buy a grow light.

Traditionally grow lights have been incandescent or fluorescent lamps, but in the past few years, great strides are made in LED (light-emitting diode) lamps. Even for experienced indoor growers, the advantages and limitations of using LED grow lights aren’t always clear – not the least because it’s necessary to use them somewhat differently than a standard grow light.

While fluorescent and incandescent lamps technically use various techniques of generating light, they share one basic characteristic: the light generated from the lamp is basically a by-product of a chemical reaction. In an incandescent bulb, this response is due to electricity running through a filament; at a fluorescent tube, a gas is used instead. In any event, there are side effects to relying on this chemistry to your light.

First, because the light is a “waste product” of this response, much more energy needs to be absorbed by the lamp to really generate that light. This contrasts with LEDs, which generate light right because of an electric current passing through them. Energy costs over time are inclined to be drastically lower with continued usage of LED grow lights.

Second, the chemical reaction that offers light in the old bulbs also creates a substantial quantity of heat, as anyone who touched a light bulb for a kid is painfully aware. With the amount of light needed to grow inside, and the perfect proximity of the light to the plants, handling temperatures in order not to scorch the growing plants can be hard. LEDs generate almost no heat in any way, making overall temperature control much simpler.

It’s Got What Plants Crave

Photosynthesis can be quite tricky. Different plants need different wavelengths of light at different points in their life cycles for optimum growing. Since getting the right color on fluorescent and incandescent lamps is often more trouble than it’s worth, most rather operate on a wide spectrum. This results in basically wasted energy, as the wavelengths that the plants don’t require aren’t utilized. LEDs come in a vast array of colors and wavelengths to allow for proper tuning and energy usage with hardly any work.

Plants also gain from being as near the light source as you can. The aforementioned heating problems often prevent conventional grow lights from getting too close, simply because they would burn the plants. LEDs can rather be kept extremely near the plans, letting them absorb even more mild and thrive.

The advantages are numerous, but LEDs do have several weak points worth considering when making a purchase. First is that the much narrower angle of projection on the light emitted from them. While this aids in preventing wasted energy, it also means that you may need more lights to pay the same quantity of area. It’s strongly advised you not attempt to buy a more powerful LED grow light and just move it farther from the plants to cover more area, as then you’re sacrificing the light’s greatest asset: its ability to be placed quite near the plants as they grow.

LED grow lights are also a newer technology than standard grow lights, which means two things: first, they tend to be more expensive pound-for-pound compared to other choices (though over time this is mitigated by decreased energy prices ). Second, it can sometimes be tricky to maintain on which are the very best brands and best kinds of LED grow lights to buy, since what’s available is changing constantly. Still, with a little study, an LED grow light could be more easy to maintain and a greater light source for the plants than anything else this side of the sun!