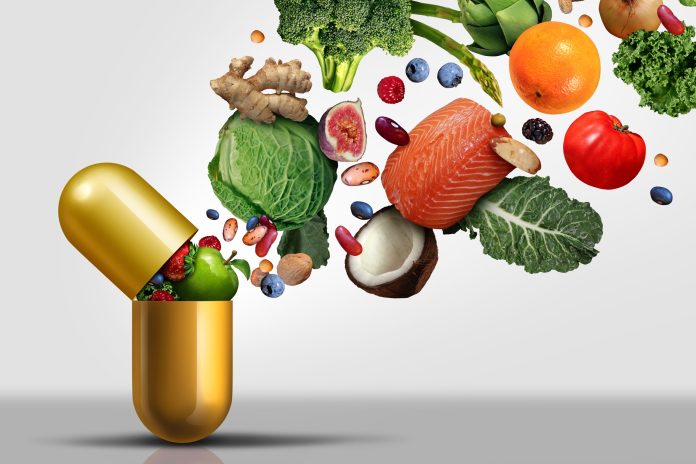 Glutathione (GSH) is an endogenous non-enzymatic antioxidant whose activity is intracellular. It belongs to the group of primary antioxidants, which prevent the formation of free radicals. Although it is present in the cytoplasm of all cells, the largest reservoir of glutathione is found in the liver, having an important activity in Phase II of hepatic detoxification.

ROS (reactive oxygen species) are produced as a consequence of a large number of physiological processes as by-products of normal cellular metabolism, mainly in the mitochondria. However, when they are produced at higher than normal levels such as when oxidative stress (OS) is present, they are harmful, can damage any type of biological molecules, contribute to aging and to the genesis of numerous aging-related diseases.

Oxidative damage (oxidation) of proteins, lipids or DNA can be very damaging and can occur simultaneously in various cells and tissues. However, proteins are possibly the most immediate vehicle for inflicting oxidative damage to cells because of their catalytic action.

GSH is a unique molecule involved in essential aspects of cellular homeostasis, with a central role in defense against oxidative damage.  It is an extremely important cellular protectant, used as a cofactor by multiple peroxidase enzymes to detoxify peroxides generated from oxygen free radical attack on biological molecules and to reduce oxidized sites on DNA, proteins and other biomolecules.

Attack by free radicals and other oxidizing agents on biomolecules can deplete GSH, so its homeostatic redox cycle attempts to maintain it at optimal levels as it is consumed. Glutathione equivalents circulate in the blood predominantly as cysteine.

Dietary supplementation with the glutathione precursors, cysteine and glycine, fully restores glutathione synthesis and concentrations and decreases levels of oxidative stress and oxidative damage. Apparently, relatively high protein intakes correlate with a lower likelihood of loss of lean mass and bone density in the elderly.

From the second and third decades of life, glutathione levels begin to decline while the level of oxidative stress tends to rise. Dysregulation of proteostasis is the hallmark of the aging brain, so glutathione in sufficient quantities becomes imperative when the risk of neuronal and cognitive decline is the predominant feature of aging.

Glutathione in the prevention of neurodegenerative deterioration and recovery of cellular functionality after ischemia or hemorrhage.

Oxidative stress has been extensively studied in neurological diseases such as Alzheimer’s disease (AD), Parkinson’s disease, multiple sclerosis, amyotrophic lateral sclerosis (ALS) and dementia. This is because neuronal cells are especially susceptible to OS and subsequently to cell damage (including cell death). GSH is present in the brain in very low concentrations. Although it is unknown whether glutathione can be transported across the blood-brain barrier and be taken up into brain cells, amino acid precursors of GSH can cross it and be used for its synthesis in the brain. In addition to the antioxidant functions of glutathione in the brain, extracellular GSH has been hypothesized to have neurotransmitter, neurohormone, glutamate detoxification and leukotriene metabolism functions.

It has been observed that there is also age-dependent depletion of intracellular GSH in cerebrospinal fluid during aging in humans. Since the brain requires extensive ROS detoxification, it is clear that a decrease in GSH content could increase oxidative damage, making the brain more susceptible to neurological disorders.

Other research has focused on the use of human mesenchymal stem cells (hMSCs) to study the effect of supplementation of GSH, N-acetyl-L-cysteine (NAC) as its precursor and ascorbic acid on the prevention and reduction of oxidative damage in ischemic tissues.

MSCs are multipotent mesenchyme-derived stromal cells that reside within bone marrow and adipose tissue. These pluripotent cells have been extensively tested in the treatment of various diseases. It has been shown that, although they can be easily isolated, their survival rate is low and cell death increases after implantation in ischemic tissues. It has been postulated that excessive ROS production due to sustained oxidative stress in ischemic tissues is an essential factor affecting the survival of engrafted MSCs, generating an environment that is not conducive to their viability. ROS has also been shown to play a key role in MSC growth and homeostasis: a reduction of ROS increases proliferation, survival and differentiation, whereas an excess of ROS can lead to mitochondrial dysfunction, cell death, tissue inflammation and aging of hMSCs compromising their differentiation and regeneration capacity.

Vitamin C is an important ingredient for myogenic and osteogenic differentiation, and has been reported to increase cell proliferation and differentiation of mesenchymal cells into myocytes, osteocytes and adipocytes. Age-related bone loss is mainly due to insufficient numbers of osteoblasts as a result of depletion of multipotent mesenchymal stem cell progenitors and detour of these progenitors into the adipocyte lineage. Hormones such as sex hormones and glucocorticoids, as well as oxidized lipids modify skeletal bone homeostasis by altering cellular mechanisms regulating oxidative stress.

The use of antioxidants has served to restore a cellular environment more conducive to the remodeling of bone impaired by aging. It may be particularly relevant in preventing cell death and injury due to H2O2 exposure, especially in ischemic situations.

Skeletal aging is associated with increased oxidative stress, lipid oxidation and sensitivity to endogenous glucocorticoids. Increased glucocorticoid sensitivity of osteoblasts and osteocytes with age leads to decreased bone angiogenesis, vasculature volume and osteocyte lacunar-canalicular fluid, as well as decreased strength. Glucocorticoids also increase ROS levels in bone. In turn, it has been shown that with increasing age, glutathione levels decrease and lipid peroxidation levels increase, predisposing to a process of cell death by ferroptosis. Ferroptosis is characterized by damage to cell membrane lipids and constitutes a cell death process different from apoptosis. GSH deficiency causes a decrease in the activity of glutathione peroxidase, which normally removes iron-dependent cellular toxic products, thus protecting membranes from this type of aggression and preventing the deterioration of the function of numerous peripheral tissues and organs. GSH, vitamin E, Coenzyme Q10, alpha-tocopherol and selenium have been proposed as inhibitors of ferroptosis.

GSH appears to be key in counteracting the process of ferroptosis, a type of cell death characterized by the accumulation of toxic iron-dependent cellular products. Adequate GSH levels favor optimal activity of glutathione peroxidase which protects membranes from this type of aggression and prevents the deterioration of the function of numerous peripheral tissues and organs.

To decide on the need for supplementation and taking into account that the changes produced by oxidative stress in the tissues alter the redox state of the plasma pool of the GSH/ GSSH couple, GSH can be determined in blood by different methodologies, among which the most widely used method is the assay based on the enzymatic reaction described by Owen and Belcher and developed by Tietze. The results must be interpreted according to the reference values, which vary according to the laboratory and methodology used.