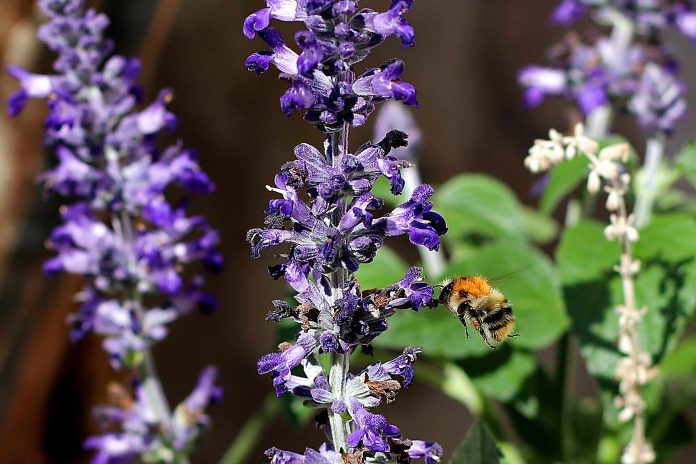 The bugleweed is very pretty, a blue flowering plant. It is relatively unknown and rarely cultivated in our gardens, although it is beautiful enough to be considered an ornamental plant.

As a medicinal plant, the bugleweed has a calming effect. It is effective against heartburn and insomnia. Applied externally, it can be used against wounds, to treat scars and ulcers.

The bugleweed is native to Europe. It prefers to grow in semi-shady or shady places, so it is often found in forests and glades. The perennial plant grows up to 30 centimetres high.

In spring, the branched root rhizome initially sprouts shiny dark green leaves. The bugleweed probably got its name from the foothills of the rhizome. The leaves are slightly wavy at the edges. From May onwards the stem of the creeping bugle grows upwards and becomes an upright flower stem. The purple labiate flowers appear between May and June. Sometimes the flowers are light pink, which is a variety of the bugleweed.

Harvest period
May to June.

Bugleweed can be used either as tea or as a tincture. But surprisingly, the blue bugle is hardly ever used. It is like a white spot on the map of the variously used labiates.

For one blue bugle tea, pour one to two teaspoons of blue bugle with a cup of boiling water and let it steep for ten minutes. Then strain and drink in small sips. Drink one to three cups of this tea daily.

As with all highly effective medicinal herbs, one should take a break after six weeks of continuous use and temporarily drink another tea with similar effects. Afterwards one can drink blue bugle tea again for six weeks. The break prevents possible undesirable long-term effects but the desired blue bugle effect is maintained.

To make a blue bugle tincture yourself, pour the leaves of the blue bugle in a screw-cap jar with double grain or spirit of wine until all parts of the plant are covered and leave the mixture closed for 2 to 6 weeks. Then strain and pour into a dark bottle. Take 10-50 drops of this tincture one to three times a day. If the tincture is too concentrated, you can dilute it with water.

With its anti-inflammatory, analgesic and diuretic properties, the blue bugle is also very suitable for the treatment of rheumatic inflammatory processes. Its effect is similar to that of the African Devil’s Claw, because both contain the active ingredient harpagide.

Externally, blue bugle tea or diluted tincture can be used in the form of compresses, baths or washes. With this kind of application one can soothe badly healing wounds, eczema and ulcers. Blue bugle can also be used externally for the after-treatment of scars.